Kilcullen GAA Club was formed in 1889.

Just five years after the historic meeting at the Hayes Hotel in Thurles when the GAA was founded.

Kilcullen had the distinction of providing the first Chairman and Secretary for the Kildare County Board in it’s first year in office. The Club contested three Senior Finals in 1892, 1917 and 1962.

The original club colours up to 1908 were Green and Gold, but it was agreed to change to Black and White following the All Blacks Rugby Team playing in Dublin in that year. 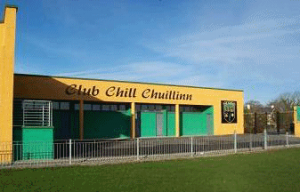 The famous nickname of “The Rags” can be traced back to an occasion when Kilcullen played a smartly dressed Dublin Champions team,”Isles of the Sea”, who were very critical of the local team’s attire, or so the story is told.